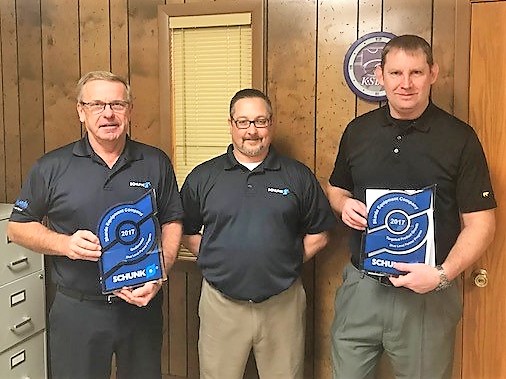 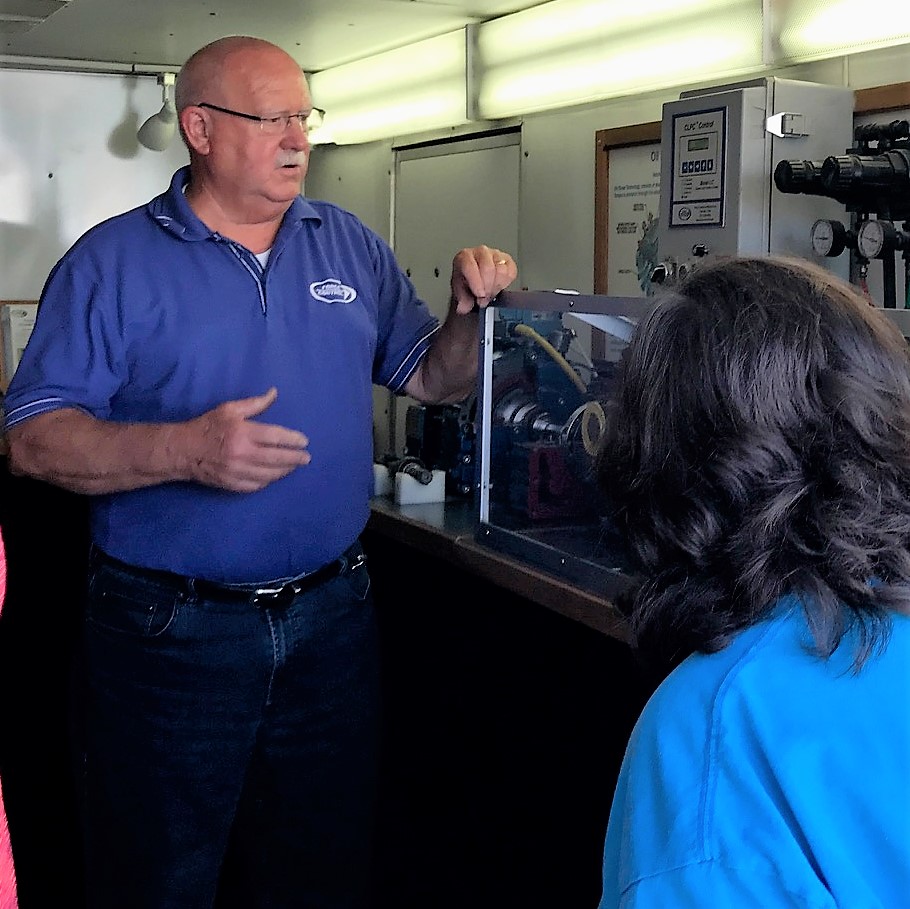 On July 11, Force Control Industries arrived at Skarda with their traveling demo, bringing examples of their oil shear technology. Both inside and outside sales members were able to take part in the demonstration and learn more about the benefits of oil shear in industrial brakes and clutches compared to more traditional friction pad style. (See additional information here) 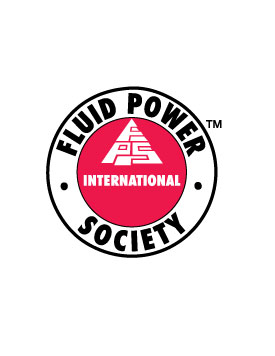 Lynn Nordquist, Vice President of Sales for Skarda Equipment Company, was confirmed as a 2017 Director for the International Fluid Power Society (IFPS).

Lynn’s appointment will be beneficial to both Skarda and IFPS in further promoting fluid power education and helping employees to earn their IFPS Certification.

Skarda strives to have all Territory Managers and management team attain the ‘Certified Fluid Power Specialist’ Certification from IFPS, and Lynn conducts internal training using IFPS resources for all Skarda employees attempting to attain this certification.  Employees are encouraged to achieve both Pneumatic and Hydraulic certifications, as Skarda carries product lines in both of these technologies. (Read the official announcement here) 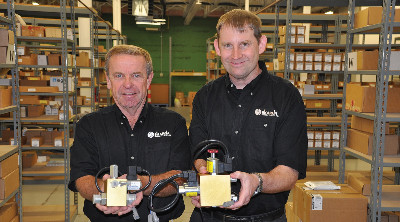 Skarda Equipment and its sister company Controlled Motion Dynamics are finding that a hefty investment in technology can poise the 47-year-old companies for growth despite revenues industry-wide being off an average of 6 percent.   (Read Complete Article Here) 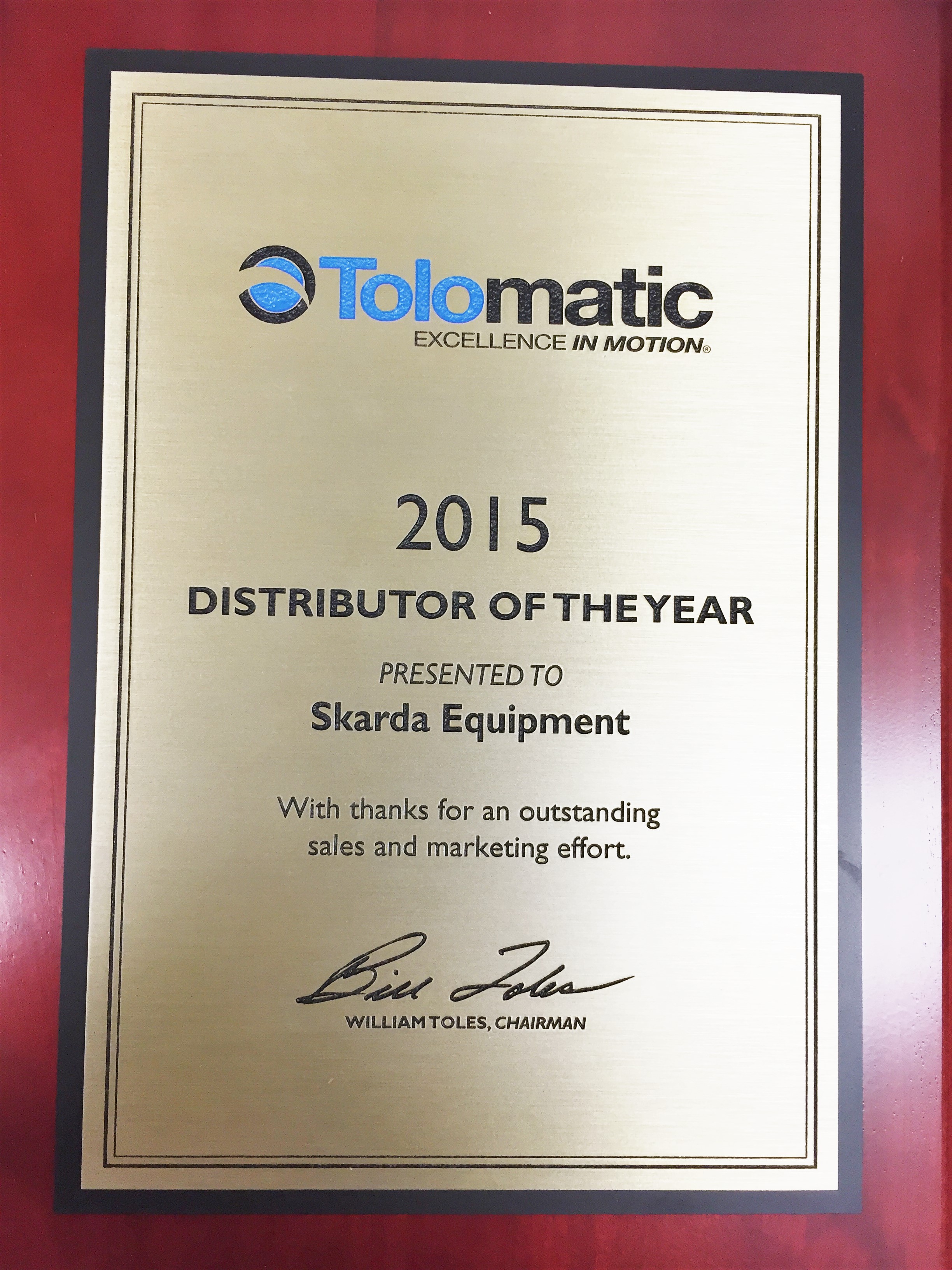 Skarda Equipment was honored at an entertaining and delicious dinner hosted by Tolomatic in recognition of our 2015 achievements.

The Tolomatic Distributor of the Year is awarded based on a combination of overall sales dollars, sales growth, marketing initiatives and product training participation.

John Skarda, Sr partnered with the Toles family early in his business, and both family-owned companies remain successful today based on a commitment to providing high quality, affordable solutions to customers. 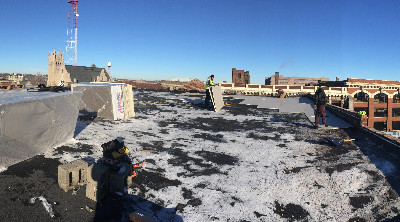 January 12, 2016 -- 2563 Farnam St., Omaha, Neb.
Construction Begins On a New Roof for Skarda Equipment
Skarda Equipment's headquarters are housed in a building that is more than 100 years old, so, every so often a face-lift is in order.  We started 2016 with a new roof on our historic downtown Omaha building. 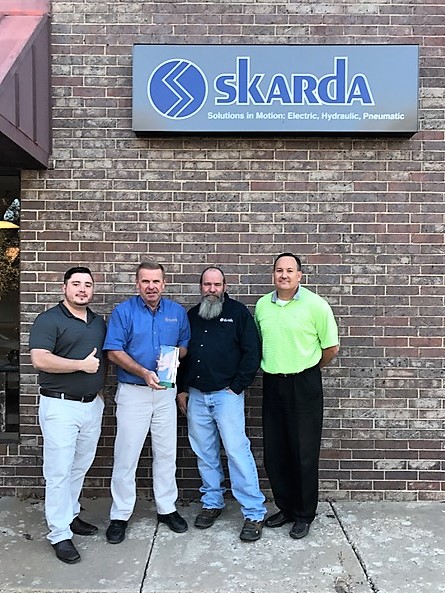